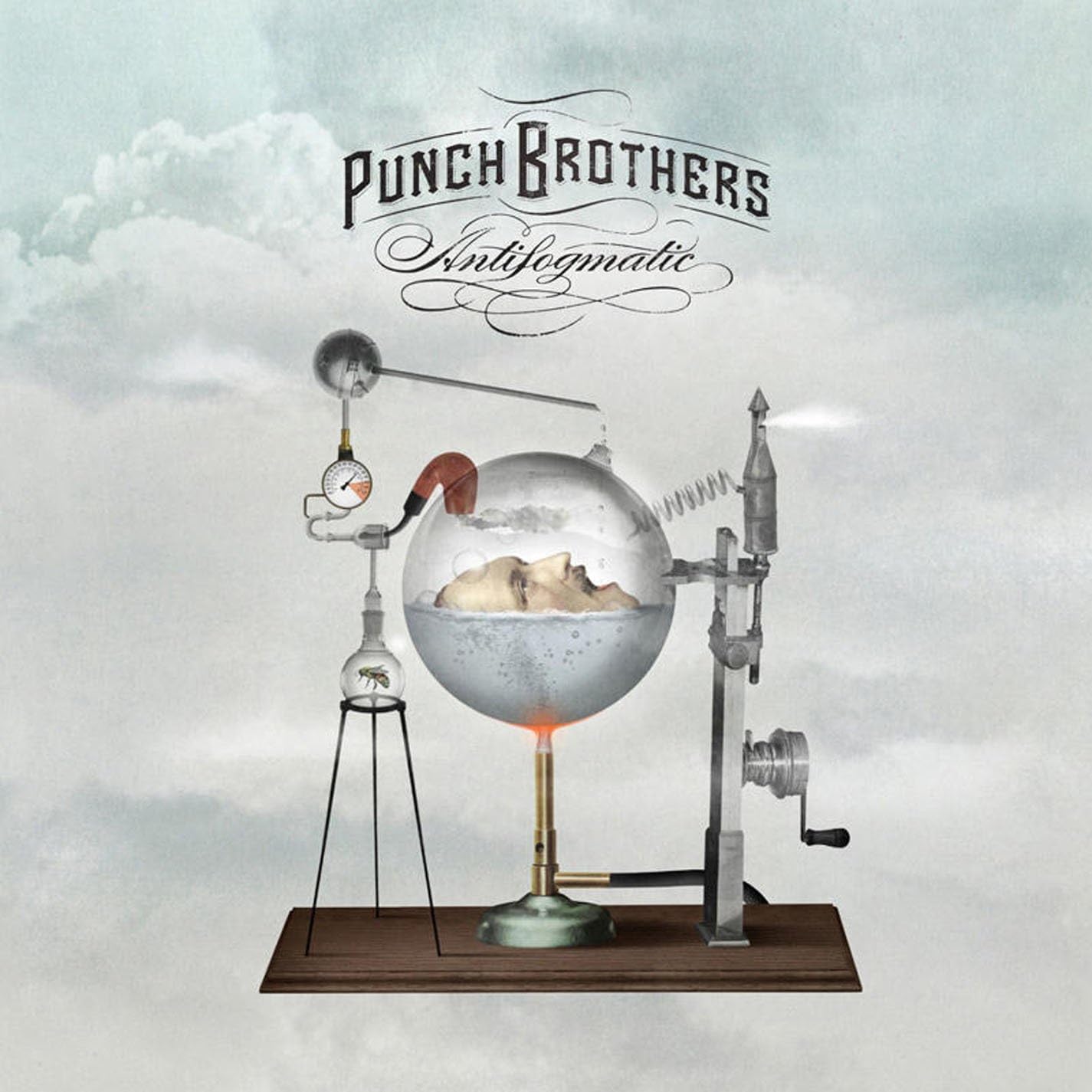 END_OF_DOCUMENT_TOKEN_TO_BE_REPLACED

Antifogmatic, the follow-up to the Punch Brothers' 2008 debut, Punch, is a collaboratively written collection of songs from these "five wily, omnivorous bluegrass titans," as the Village Voice has called them, a quintet that the Washington Post, in turn, has described as "some of the best string pickers of the new generation." Antifogmatic is seamlessly sequenced to display the collective imagination, the instrumental and vocal power, of the band -Thile, guitarist Chris Eldridge, bassist Paul Kowert, banjo player Noam Pikelny, and fiddler Gabe Witcher. Though the quintet is now based in New York City, where they have an informal residency at Manhattan's The Living Room, they recorded and mixed the album at Hollywood's historic Ocean Way studio with iconoclastic producer Jon Brion (Brad Mehldau, Aimee Mann, Fiona Apple, Kanye West) and engineer Greg Koller. Says Witcher, "We knew we needed a producer equally as well-versed in pop and rock as in instrumental music, and I don't think there is anyone more able to capture and communicate the essence of this material than Jon Brion." The arrangements on Antifogmatic range from intimate to boisterous and back; genre-wise, the band once again ventures where no string band has ever gone before. The spare opening track "You Are" contrasts percussive guitar riffs with lyrical string parts that dance around Thile's sweet upper register as he spins a tale of romantic emancipation; occasionally, the other instruments give way to reveal the throb of the bass. The band also engages in some unexpectedly beautiful harmony singing, smoothing out the compelling melodic twists and turns of "Welcome Home." "Me and Us" and "Woman and the Bell" both have a dream-like quality; the former, in fact, was inspired by those jumbled, thought-filled moments before sleep sets in, and the instrumentation keeps pace with the ever-shifting imagery. In contrast, "Don't Need No" and "Rye Whiskey" are foot-stomping barroom boasts and"Next to the Trash" is the closest the band gets to traditional bluegrass, even as the lyrics tug the piece in a more surreal direction. The Punch Brothers are as comfortable at the jam band-oriented Bonnaroo Festival, where they will appear in June, as at Carnegie Hall. Their fan base ranges from the hip youthful crowds that packed the Living Room to the dedicated listeners of NPR's Prairie Home Companion, which has also hosted the exceedingly good-humored boys. The group will be on tour throughout the spring and summer and will make appearances at the Newport Folk Festival and the Telluride Blugrass Festival. A special deluxe edition of Antifogmatic includes a four-song instrumental EP and a seven-song DVD filmed during the band's Living Room residency. The first 250 copies will also include a signed "Punch Cocktail Recipe Guide." The word "Antifogmatic," explains Thile," is an old term for a bracing beverage, generally rum or whiskey, that a person would have before going out to work in rough weather to stave off any ill effects. This batch of tunes could be used in much the same way, and includes some characters who would probably benefit mightily, if temporarily, from a good antifogmatic."